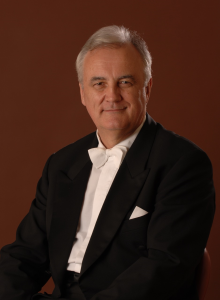 1971 –  violinist in the VIENNA SYMPHONY ORCHESTRA
1975 –  changing to the viola section within the orchestra (2nd solo-viola)
1978 leader of the viola-section, Vienna State Opera
1980 member of the Vienna Philharmonic Orchestra

Since 1999 he is member of the VIENNA STRING QUARTETT.
1983 – Professor at the Conservatory of Vienna.

1993 – Professor for viola at the University of Music in Vienna. Many of his students succeeded in auditions for many renowned orchestras, Vienna Philharmonic Orchestra, Vienna Symphony, Oslo philharmonic, etc.

Encouraged by the acclaim of well-  known conductors as Michael Tilson Thomas he worked as a conductor and orchestra educator in USA, Japan and Austria.

His Vienna – debut as a conductor took place in December 2005, the opening event of the Mozart Year in the series “Zusammenklaenge“ with “ WIENER MOZARTISTEN” (members of the Vienna Philharmonic), an orchestra he has founded one year before.

Besides in concerts with Wiener Mozartisten, Ochsenhofer appeared as conductor, Sofia Music Festival, in Jerusalem and Tel Aviv, with the Young Israel Philharmonic, Orchestra Academy Ossiach and concerts in Japan with Gunma Symphony and the Kusatsu Festival Orchestra.