Maintaining the Protocols & Traditions of UBC

Ceremonies and Events functions as the Protocol Office of The University of British Columbia. Not only does Ceremonies & Events maintain the protocols and traditions of the University, it is also responsible for protocol expertise for special international visitors to the campus such as Her Majesty the Queen, His Holiness the Dalai Lama, and the Emperor and Empress of Japan, as well as Canadian dignitaries including the Governor-General, the Lieutenant-Governor of BC and senior government officials.

Ceremonies and Events works very closely with the Offices of the President, Vice-Presidents, International and Government Relations in ensuring that the appropriate attention is paid to visits of Canadian and international dignitaries to the Vancouver campus.

Ceremonies and Events is responsible for the protocol around the use of and (when required) the lowering of the Canadian and BC, UBC and Musqueam flags on campus.

The rules for flying other flags are based on the Rules for Flying the Canadian Flag. Please contact Ceremonies and Events if you have questions regarding flag protocol or if you wish to borrow flags for your campus event. See the Event Resources page for more details.

Guidelines for Acknowledging Musqueam Band and other Indigenous Nations

Guidelines have been developed to provide instruction for campus units on when and how to engage the Musqueam representatives at in person events and ceremonies on campus:

PDF – Guidelines – Acknowledging the Musqueam People at Ceremonies and Events

For more information about these protocols and the language used:

To learn more about why we acknowledge the Musqueam Territory, please follow this link to short videos:   http://aboriginal.ubc.ca/community-youth/musqueam-and-ubc/

Each year, UBC awards honorary degrees to individuals who reflect the university’s vision to inspire people, ideas and actions for a better world and who have made substantial contributions to society. Guidelines have been developed to provide information to the UBC community and honorary degree holders on how and when to refer to the honour in title and style of address.

Royalty and Other Prominent Visitors to UBC 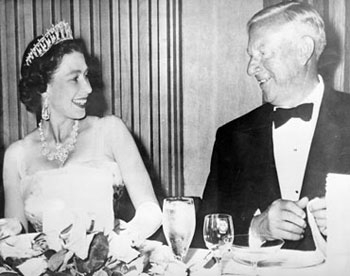 UBC has had the honour of welcoming royalty on several occasions, with Her Majesty Queen Elizabeth II and HRH Prince Philip, Duke of Edinburgh visiting the university in 1951, 1959, 1983 and 2002. UBC also played host to the Dalai Lama, Archbishop Desmond Tutu, and other Nobel luminairies in 2004.