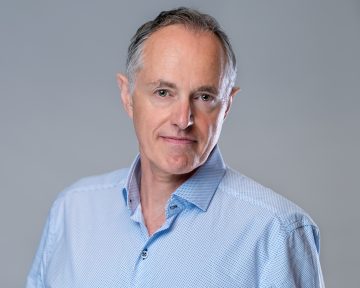 Poul Sorensen is an anatomic pathologist specializing in the molecular pathology of pediatric cancers. Dr. Sorensen holds the Asa and Kashmir Johal Endowed Chair in Childhood Cancer Research at the University of British Columbia (UBC), and is a UBC Professor of Pathology and Laboratory Medicine. Dr. Sorensen’s research laboratory is located in the Department of Molecular Oncology at the BC Cancer Research Centre, where he is a distinguished scientist. The Sorensen group has become well known internationally in cancer biology; they hypothesize that stress adaptation confers therapy resistance to childhood cancer cells, and increases their capacity for metastatic dissemination. The team is also testing the relevancy of newly identified targets found in pediatric cancers for expression and applications to adult malignancies. Dr. Sorensen’s research has been published in very high impact journals including Cell, Cancer Cell, Nature Gen, Nature Med, and PNAS, and co-authorships in Nature and NEJM. His lab has attracted over $100M in grant funding, including his role as the Vancouver principal investigator of the Stand Up 2 Cancer/St. Baldrick’s Foundation Pediatric Cancer Immunotherapy Dream Team, and the NIH-funded Cancer Moonshot Pediatric Immunotherapy Discovery and Development Network (PI-DDN). Dr. Sorensen has won a number of prestigious awards for his research, including an early career Lotte Strauss Award for pediatrics research, a UBC Killam Research Prize, an August-Wilhelm Scheer Gastprofessorship Award from Technical University Munich, and in 2016 he received the Canadian Cancer Society’s Robert L. Noble Prize for basic cancer research. In 2019, Dr. Sorensen was elected to the Royal Society of Canada in the science division, and most recently he was awarded the 2019 Bloom Burton Award for health care innovation in Canada.